Catalyst acquired 100% of the Henty Gold Mine and regional exploration tenements, in January 2021. The operation is located 23 kilometres from the town of Queenstown in north western Tasmania, consisting of an underground mine and a nameplate capacity 300,000 tpa conventional CIL processing plant.

Henty is a high-grade, underground gold-silver deposit with established infrastructure and significant exploration upside in the mineral rich Mt Read Volcanic Belt, which has historically produced over 8M ounces of gold.

Mining commenced in 1996 and the mine has since produced 1.4M ounces of gold at an average mined grade of 8.9g/t. The primary mining methods are long hole bench stoping, transverse open stoping, and cut and fill stoping.

The mineralisation at Henty was formed due to faulting and fluid circulation within the Cambrian Period Mt Read Volcanics. Most significantly, the Henty Fault presents a regional structural control to mineralisation at several mining operations, including Rosebery, Hercules, Que River, and Hellyer. The Great Lyell Fault converges with the Henty Fault, and presents as a structural continuity with the Mt Lyell Copper Mine.

Catalyst’s inaugural gold pour occurred in late January 2021 and it is targeting year 1 production of approximately 25.0koz on a profitable basis. 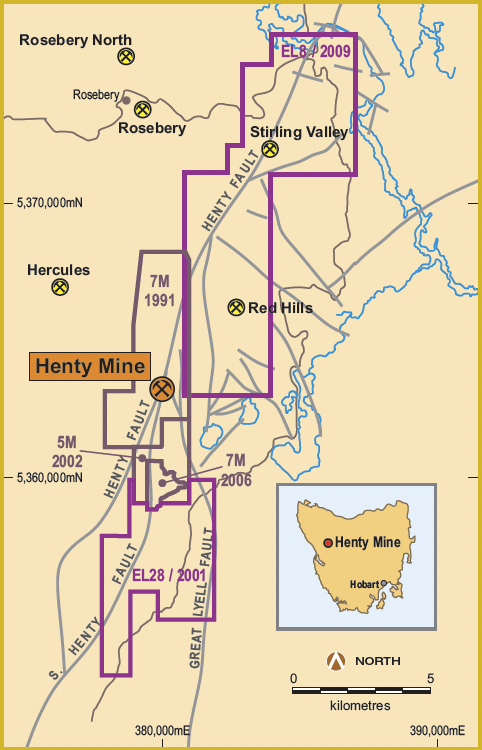